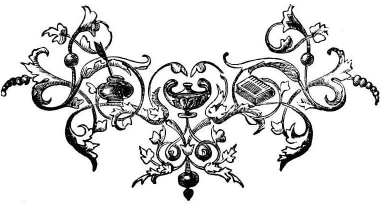 Thirty days ago I decided I needed a new exercise to get my writing going in the morning.  Normally I can sit down in the a.m. and start hammering away, but I just started the third book in my series and a lot of my writing time seems to degenerate into staring-into-space time while I sort out how to get Character A to Point B while picking up Subplot C along the way.  I wasn’t getting any actual writing done, and while I didn’t exactly feel blocked, I did feel as if I was getting out of the habit of writing.  And that’s no good.

So I decided that every morning I’d write from a prompt and get myself going that way.  Now, I have several books of writing prompts – ones that I’ve purchased or that have been given to me – but my tendency is to spend my time flipping through them to find one that I feel like writing about, and ending up writing none of them.  Also no good.  (I have the same problem with books of crossword puzzles.)  So I said to myself, “Self, there are bound to be some good prompts on the Interwebs; go ye and find some, fer cryin’ out loud.”

Turns out there are a lot of websites with writing prompts.  None of them really spoke to me.  Some were too general; others too specific; still more gave long scenarios that weren’t interesting.  At last I found WritersWrite, which has a lot of prompts geared toward writers with works in progress.  Even better, they give just a single prompt per day – no choosing.  I told myself that for one month, I would visit the site and read the Daily Prompt.  I would set myself a time limit, anywhere from five to fifteen minutes.  And then I would write.

I confess that I didn’t do the prompt exercise every single day.  I couldn’t get myself into the habit at first.  Some days I was too busy with life and other things.  Some days I read the prompt and came up dry.  Some days I plain forgot.  And some days (thank God) I was actually writing on my own and didn’t want to interrupt the flow.  A lot of what I did write was crap – forced and pompous.  Some wasn’t.  And some was actually useful.  Here’s yesterday’s prompt, and my response to it:

Your antagonist is making tea for his mother.  What is he thinking?

Daazna sifted the dried herbs through his fingers, examining the mixture.  The tea was a combination of many mundane plants, but there were a few – a very few – that, consumed by themselves or in simple combinations, could have interesting effects.  Valerian, he thought; that might do the trick.  Perhaps with a little pennyroyal.  A bit of dried mushroom.  I could do whatever I wanted.

With the crumbled herbs poised over the pot, he hesitated.  Or I could use none at all.  I don’t need herbs.  I have the spells to do what I want.  I have that power.  If I wanted to.  Do I want to?

“Grandmother,” he said aloud.  “Grandfather.  Would you like some tea?”

The nice thing about this prompt is that it allowed me to write a little backstory on my series’ antagonist as well as his mother Ariphele, who is an important character in Book 1 and Book 2.

It’s only been in the last two weeks that writing from the prompts has begun to feel more natural, so I think I’ll continue the exercise.  It may be tough to do for a while – my theatrical schedule is very full for the next thirty days – but I’m going to give it the old college try.  About a week ago I stumbled across (literally; I was using StumbleUpon) another writing prompt website.  Oneword is another daily prompt site, but it’s a 60-second, single-word prompt, which makes it a quick challenge – more like a game.  Today’s word was neon and here’s what I wrote in the allotted minute:

Blue, yellow, red, green. Blue yellow red green. Blueyellowredgreen. The neon lights flickered in their endless pattern through her hotel window. Bet lay quiet, hoping the man next to her would not wake up.

I don’t know where this came from, nor if it could lead somewhere else one day, but I got a kick out of writing it.  I’ll keep visiting this website, too, because no matter how busy my life becomes, I know I can always spare sixty seconds.